How many words did you write in the past month? Was it fifty thousand? If not, then what’s up with that, slacker? All across this great land of ours, participants in National Novel Writing Month have spent November drafting an entire novel, beginning to end, and what the hell have YOU been doing? Maybe an essay? A couple blog posts? Some tweets? Did you write some nice tweets?

As long-time listeners know, we have something of a complicated relationship with NaNoWriMo. When we first discussed it, way back in 2012, it made Tom very angry. Though in subsequent years, Tom softened his stance a little. In 2013, Mike even (sort of) participated. What we’ve always enjoyed most is checking in on the NaNoWriMo forums. They’re a real treasure trove of the weird questions people have as they’re trying desperately to finish novel drafts and probably operating on too much caffeine and too little sleep. 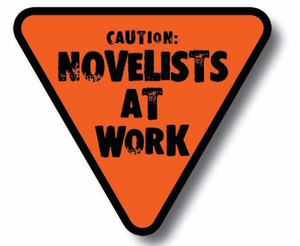 So this week we’re once again diving in, here at the tail end of November, to see what queries our fellow writers have had. What problems they’ve encountered. What things they’ve had difficulty naming. We’ll also see if there’s any update on last year’s theory that the NaNoWriMo forums are really just a clever cover for aliens (or robots) trying to learn how humans behave so they can blend in and eventually enslave us.

As always, you can stream the episode right here on our site, or download the mp3 file. You can also find us in the iTunes store, or wherever you normally get your podcasts. 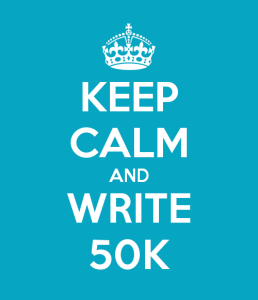